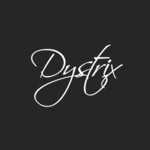 Dystrix (* Berlin, Germany) is a German music producer. He was born in a family where nobody could follow the artistic path. He has been active as a music producer since 2018, but under a different artist name. With the stage name Dystrix, he has only been active since October 2019. Since then, he has released twelve singles under the name Dystrix, five of which are currently accessible. He received one of the most important inspirations for music from the Norwegian DJ and music producer Alan Walker, among many others. In 2021 Dystrix founded his own music label "Dystrix Records" and became an official Vevo partner. Dystrix started making music with the digital audio workstation (DAW) Fl Studio back in 2018. He is mainly active in the genre EDM. He released his first track called "Epic" on his personal YouTube - channel in 2020. Since then, he has been releasing music videos and remixes on a monthly basis.

Dystrix does not have a SoundCloud Tracks yet

Dystrix does not have a Spotify Play List yet