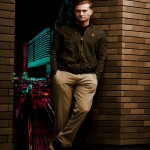 Late Night, aka Connor M. Smeltzer, is a 24-year-old producer from Cape May, NJ. A Texan turned Jersey surfer, Late Night, had quite the diverse upbringing and experiences which are evident in his eclectic tastes and musical talent, which influence his unique music creation. He started diving into electronic music and DJing at a young age by teaching himself the art of music production. He listened to and was influenced by a variety of producers and artists such as deadmau5, Kaskade, and Nero, which highlight his taste in music and influence his own music production. After living the rest of his childhood and most of his teen years in New Jersey, he moved back to Texas to finish schooling, soon deciding to join the U.S. Marines where using his free time to produce electronic music, his true passion.

LateNight does not have a Spotify Play List yet