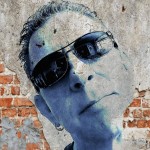 He was born in the Netherlands on a sunny day in July in a town called Wageningen . He started making electronic music since 1996 on an old DOS 486-computer usingFasttracker and created all kind of styles from hardcore till mellow and trance.
He also started DJ-ing on small party`s, local radio stations in live broadcasts and participated on various dj-contests.The years went by and his skills became better and better. His style changed to Techno and the harder dance -like styles. In 2020 he made a new start and invested in his music.
Like he always says :

Lowice does not have a Spotify Play List yet