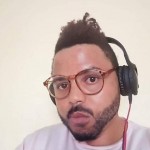 Q-LIVE is a young South African Electronic Music Producer who has his own unique style of house music who specialises more on your melodic, organic, deep and darker sounds of electronic music.

His Style of house music is more progressive, melodic Techno, deep house with that spacy dub Techno groove . Coming from a Jazz and classical background where he learned how to play piano in an orcherstral setting back in primary school, he has demonstrated that music has always been part of his life.

He started music production in 2010 writing house music, EDM, jazz, broken beat and Neosoul. He also did a few Remixes for Robert Glasper Single 'Move Love' on black Radio I on Blue Note Records and he also did a Remix for UK based Jazz Musician 'Alfa Mist' on single called 'Sing To The Moon' feat. Emmavie on Pink Bird Recordings as well Henry Wu.

He's currently working with a local electronic house label called 'Audiometh Recordings in Johannesburg and has released an EP with them titled 'Astronaut' which was dropped on the 13th November 2020 and his currently working on releasing music with international labels like Anjunadeep and Freerange Records in the future. He also has an upcoming EP called 'Strange Times' with South Africa's Finest Underground Deep house Label called Deep House Cats SA which will be released on the 16 of April 2021

Simon does not have a SoundCloud Tracks yet