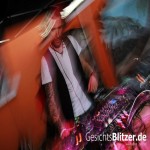 Thomas Hewitt was born on 29.03.1983. He, grew up near Vienna and had a pretty normal childhood.
One day in 1994 he got his first cassette with electronic music and was highly impressed. He was passionate about it right from the start. In 1998 after he had started his apprenticeship as a plumber Hewitt begin to rock various events and clubbings in Austria and different foreign countries.
In 2005 Hewitt bought his first music equipement: this was the moment when his career started.
From this day on he practiced and improved his sound all day and all night long. In the summer of 2006 he had his first gig in an afterhour event.
Due to his amazing sets his music became more and more famous and was deeply settled in the people..s mind. Soon followed a lot of bookings and he became the chance to play at many Events. Attention, here he comes: THOMAS HEWITT!!

ThomasHewitt does not have a SoundCloud Tracks yet

ThomasHewitt does not have a Spotify Play List yet