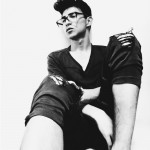 Diego Alejandro Pulido Luna born on April 19, 2001 in Colombia, His taste for music began when he was 4 years old while his older brother I was listening to the song (L'Amour Toujours) by the music producer (Gigi D'Agostino). At the age of 7, he entered a classical music academy where he learned to play. Different instruments including one of his favorites the Violin. When I was 12 years old age her mother gives her a computer so she can do her homework but her curiosity about Musica led him to investigate how they were produced. That's when you find out how. At the age of 15, he entered the DNA MUSIC production academy in Colombia where he finished To strengthen your knowledge in production. At the age of 17 he began working on his first album and at 19.